In light of the increase in tensions between our nations’ police departments and the urban communities they serve, this book offers a timely remedy for citizens and officers alike. The author, Khalfani Yabuku, skillfully takes us on a journey of his struggles to start the healing process from within the walls of the Atlanta Police Department. Chapter after chapter, he takes us on patrol to expose the myriad issues which have become systemic practices of law enforcement agencies across the country.

Page after page, through his experiences he wittingly, and sometimes humorously offers solutions and answers to long standing issues contributing to the mistrust and lost respect between our nations’ domestic heroes and the citizens they’re sworn to serve and protect. Ride along as the author takes us on a 28 years tour of duty which single-handedly seeks to resolve some of the most prevalent age old problems facing officers and their chain of command; and how agencies execute their oath of office in some of our nations’ larger urban communities. 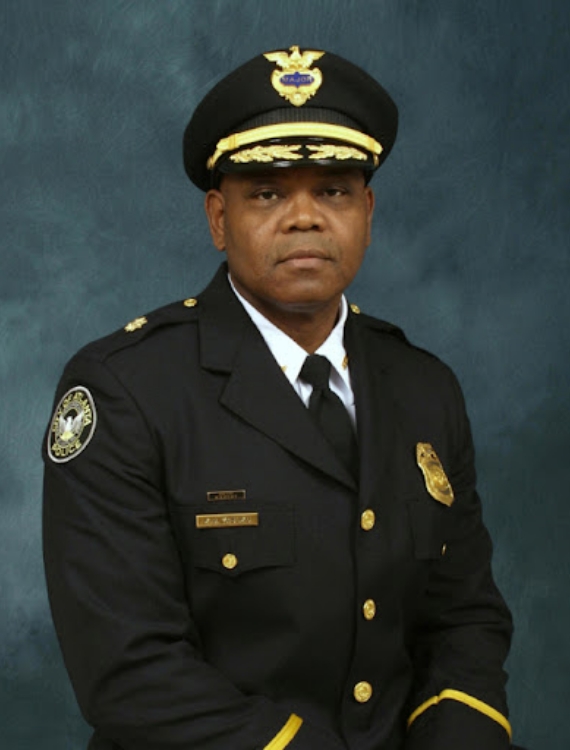 A WORD FROM THE AUTHOR

As I sat down to write this book, I did so with the notion that I had an inherent responsibility to give voice to the many law enforcement officers that put at risk their careers and very lives to bring accountability to what has become known as the “Thin Blue Line.” In today’s society, as a result of situations such as those facing Ferguson, Missouri, Sanford, Florida, Cleveland, Ohio and New York City (to name a few), there is a continuously widening gap between law enforcement agencies and the communities they are sworn to serve. General information sources and variant modes of media tend to serve only to widen the chasm between the police and the community. There is a long held belief on the part of the average American citizen of color that there are only 2 categories of cops in this country: (1) the minority, which are basically criminals with badges, and (2) the vast majority, which are honorable men and women of valor, but are just as responsible for the misdeeds of the bad cops because they tend not to hold the unethical cops accountable.

Unfortunately, I found in my career that this perception of the components of law enforcement has a tremendous amount of merit. Most officers are, in fact, content with simply not participating in unethical behavior. For many, it’s enough just having a clear conscience that they go to work every day to honestly and sincerely help and serve the citizens of their communities. They tend to look the other way when faced with the unethical or corrupt behavior of their co-workers. They tend to adopt the attitude of going along – just to get along. This attitude is not completely without justification. What officer wants to be in a life or death situation, and help is slow to arrive because he or she made the mistake of becoming labeled a “snitch?” Or, what hard working officer enjoys being passed over for promotions or ideal assignments because he or she earned the reputation of not being a “team” player? As you will find in this book, even the threat of life or limb is very real in law enforcement agencies across the nation.

The purpose of this book is to shed light on and give voice to a third type of officer who exists on each and every police department in this country. I truly believe that each and every honest and conscientious Peace Officer is a true hero in every sense of the word. However, I hold a special place of honor for the unknown and unsung superheroes of law enforcement. Those who make it their responsibility and forsake everything to take on the extra burden of policing the police. Those who dare to hold the Thin Blue Line accountable when it begins to blur.

I hope to accomplish three basic things with this book. First, I hope to motivate and influence the average rank and file officer to be steadfast in demanding the highest level of integrity for themselves as well as those who work alongside them. In this regard we are all very much our brother’s keeper.

Second, I present examples of my own experiences revealing how agency commanding officers and executive staff can better engage their employees to improve working conditions for their officers while promoting improved community relations.

Last, and most importantly, I hope to convey to the average citizen that in spite of the images of an impending “police state,” widespread corruption, racism and other issues that serve only to widen the chasm of distrust and disrespect between the police and the public, there is indeed a faction of officers on every department who stand against the status quo and dare to cross or even break the Thin Blue Line when it begins to blur.

My ultimate desire is to restore the faith of the general public in the idea that this faction of officers is growing exponentially – and daily.

In time, it will become commonplace for departments across the nation to put aside their political agendas and their focus on revenues generation and get back to the founding ideas of Law Enforcement – To Serve and Protect!